Viswa Online Trainings is one of the world’s leading online IT training providers. We deliver a comprehensive catalog of courses and online training for freshers and working professionals to help them achieve their career goals and experience our best services.

Our DevOps course will introduce you to concepts and practices behind DevOps which can lead to improved customer satisfaction, improved productivity and efficiency, and the increased ability to build the right product by fast experimentation. You will learn its benefits as a collaboration and communication methodology for both software developers and other information-technology (IT) professionals. Enroll now and get certified in it.

✔ What is DevOps?
✔ History of DevOps
✔ What is Dev and Ops
✔ DevOps definition
✔ DevOps and Software Development Life Cycle
✔ Build and release workflow
✔ DevOps main objectives

✔ Over view of Maven
✔ Diff b/w Maven and Ant
✔ How to install Maven in Windows and Linux
✔ Maven Phases
✔ Maven repositories
✔ How to create .Jar, .war and .ear files
✔ How to add dependency files
✔ How to Deploy Executable files in Application Servers

CHOOSE YOUR OWN COMFORTABLE LEARNING EXPERIENCE

Who is a DevOps engineer?

A DevOps engineer is a person who works with both software developers and the IT staff to ensure smooth code releases. They are generally developers who develop an interest in the deployment and operations domain or system admins who develop a passion for coding to move toward the development side.

In short, a DevOps engineer is someone who has an understanding of SDLC (Software Development Lifecycle) and of automation tools for developing CI/CD pipelines

What is the use of SSH?

SSH stands for Secure Shell and is an administrative protocol that lets users have access and control the remote servers over the Internet to work using the command line.

SSH is a secured encrypted version of the previously known Telnet which was unencrypted and not secure. This ensured that the communication with the remote server occurs in an encrypted form.

SSH also has a mechanism for remote user authentication, input communication between the client and the host, and sending the output back to the client.

What is the importance of having configuration management in DevOps?

Configuration management (CM) helps the team in the automation of time-consuming and tedious tasks thereby enhancing the organization’s performance and agility.

It also helps in bringing consistency and improving the product development process by employing means of design streamlining, extensive documentation, control, and change implementation during various phases/releases of the project

What does CAMS stand for in DevOps?

CAMS stands for Culture, Automation, Measurement, and Sharing. It represents the core deeds of DevOps.

Why is Continuous Integration needed?

By incorporating Continuous Integration for both development and testing, it has been found that the software quality has improved and the time taken for delivering the features of the software has drastically reduced.

Eswar Tech
I enroll for aws solution architecture course. It was great learning with viswa technologies. Thanks team.

gaddam Manojkumar
They have a professional approach by their trainer and support team. Personally, I liked the instructor's way of teaching and also helping us if we have any doubts after the class.

Ramesh Metta
They have teachers with strong expertise. The AWS course i have taken was good and had full support from team. 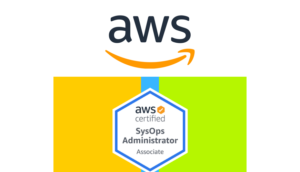 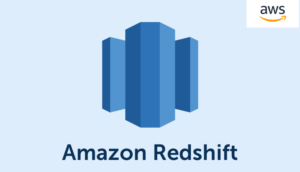