Viswa Online Trainings is one of the world’s leading online IT training providers. We deliver a comprehensive catalog of courses and online training for freshers and working professionals to help them achieve their career goals and experience our best services.

Testing Tools program is designed for any graduate with any stream. It is process oriented in Testing Tools Development Life Cycle. Through Testing Tools Life Cycle, a Quality Analyst, analyze the software and provides assurance to the client/end user. STLC mainly focuses on Understanding Requirements, Test Planning, Test Design (Scenarios and Test Cases), Test Execution, Result Analysis, Defect Tracking and Reporting and etc. In the Contemporary, IT industry Quality is playing a major role. In Testing Industry Test Automation Tools are playing a major role, with the help of third-party tools tester can able to perform retesting and regression testing.

CHOOSE YOUR OWN COMFORTABLE LEARNING EXPERIENCE

What is Testing Tools?

Software testing involves evaluating and verifying a software product's functionality. Basically, it checks whether the software product matches anticipated requirements and makes sure it is defect-free. It can be said that testing enhances the quality of the product by preventing bugs, reducing development costs, and reducing performance issues.

What are the principles of Testing Tools?

What is regression testing in software testing?

The dictionary definition of regression is the act of going back to a previous place or state. In software, regression implies that a feature that used to work suddenly stopped working after a developer added a new code or functionality to the software.

Regression problems are pervasive in the software industry, as new features are getting added all the time. Developers don't build these features in isolation, separate from the existing code. Instead, the new code interacts with the legacy code and modifies it in various ways, introducing side effects, whether intended or not.

As a result, there is always a chance that introducing new changes may negatively impact a working feature. It's important to keep in mind that even a small change has the potential to cause regression.

What is end-to-end testing?

End to End testing is the process of testing a software system from start to finish. The tester tests the software just like an end-user would. For example, to test a desktop software, the tester would install the software as the user would, open it, use the application as intended, and verify the behavior. Same for a web application.

There is an important difference between end-to-end testing vs. other forms of testing that are more isolated, such as unit testing. In end-to-end testing, the software is tested along with all its dependencies and integrations, such as databases, networks, file systems, and other external services.

What is an API?

API stands for Application Programming Interface. It is a means of communication between two software components. An API abstracts the internal workings and complexity of a software program and allows the user of that API to solely focus on the inputs and outputs required to use it.

Eswar Tech
I enroll for aws solution architecture course. It was great learning with viswa technologies. Thanks team.

gaddam Manojkumar
They have a professional approach by their trainer and support team. Personally, I liked the instructor's way of teaching and also helping us if we have any doubts after the class.

Ramesh Metta
They have teachers with strong expertise. The AWS course i have taken was good and had full support from team. 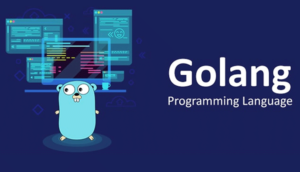 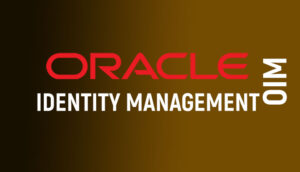